This is a great article from Fulcrum Inquiry.


Reasonable compensation questions affect millions of closely-held corporations whose owners actively participate in the business. The issue involves how much payroll taxes are due from the earnings of the business. Amounts not characterized as salary are reported as S-corporation income on the shareholder’s personal tax return, where it is not subject to payroll taxes. In re: Watson P.C. vs. United States, no. 11-1589 8th Cir. (2/21/12), the Eighth Circuit affirmed the district court’s decision, holding that an S-corporation shareholder-employee (Watson) characterized too little of the amount paid to the owner as taxable salary.
While one might view the case as an IRS victory, the case also stands for the proposition that a professional services business does not have to classify all of its earnings as taxable compensation subject to payroll taxes. In most of the earlier S-corporation reasonable compensation cases, the shareholder-employee failed to take any salary, leaving the IRS and the courts the simple task of reclassifying the distributions as compensation for services. In Watson, the employee-shareholder took as salary an amount that the IRS viewed as being too small. Although Watson has to pay additional payroll taxes, the trial and appellate courts allowed Watson to receive substantial distributions that were not subject to payroll taxes.
As long as one pays a reasonable salary, significant tax savings are possible and appropriate.
The taxpayer in this case unsuccessfully asserted that the objective and analytical reasonableness of salary was not a factor. Instead, the intent of the taxpayer should be controlling. The Eighth Circuit summarized the taxpayer’s position as follows:
“DEWPC [the taxpayer] repeatedly asserts that there is no statute, regulation, or rule requiring an employer to pay minimum compensation. And, by requiring proof of reasonable compensation, DEWPC argues, the district court imposed a minimum compensation requirement. Rather than looking to whether compensation was reasonable, DEWPC contends that the district court should have focused on taxpayer intent when characterizing the payments.”
The trial and Eighth Circuit rejected this contention. Instead, the courts relied on an Internal Revenue Code §162(a)(1) compensation deduction analysis. This code and related Treasury Regulation §1.162-7(a) indicate a deduction may be made if salary is both (1) "reasonable" and (2) "in fact payments purely for services".
Another appellate issue involved whether the IRS expert witness should be allowed to testify on the reasonableness of compensation. The IRS witness is a valuation “engineer” who addresses financial issues other than compensation. The valuation expert testified on the health and financial performance of the employer, the compensation of others in the industry, the results of third-party salary surveys, and how these factors should be used in arriving at a reasonable compensation result. The trial and appellate courts agreed that the valuation professional was an appropriate expert witness on the compensation questions.
If you need a reasonable compensation analysis contact me at (800) 730-5691 or The Out-House General Counsel.
Posted by Daniel Alexander II, A Professional Corporation at 11:37 AM 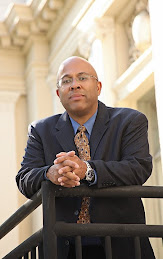 Please note that the some of the contact information in the posts is outdated. If you have any questions or concerns regarding any issues raised in this blog or your business, please contact me at (800) 730-5691 or [email protected].

The contents of the blog are copyrighted